Author Nicole Souza will be on tour April 5th through April 30th with MC Book Tours featuring her book, SINS OF OUR MOTHERS, released by WiDo Publishing.

SINS OF OUR MOTHERS
by Nicole Souza

It has been fifteen hundred years since the solar flare devastation of the Global Catastrophe. Due to the radioactivity in the harvesting fields, society dismisses its defective children as nothing more than flawed products of the malfunctioned seeds in the field.

But Lyratelle, a hyper-observant musical prodigy, believes these “defects” are intelligent, particularly her own sibling, the youngest child of her impervious mother. Abandoning her dream career, Lyratelle climbs the bureaucratic ladder to run the Defect Research Center, where she can safeguard the child.

With an underground team of women who share her uncertainties, Lyratelle unearths the Old History truth that womankind’s survival actually hinges on the existence of these defects.

When General Sarah Love, the city’s most powerful advocate against the defects, detects Lyratelle’s sympathy toward the creatures, she threatens the life of Lyratelle’s sibling.

Now Lyratelle’s desperate attempt to save this child endangers everyone she loves—her team, her family, even the existence of the defects themselves.

SINS OF OUR MOTHERS is available at AMAZON * Barnes & Noble * WiDo Publishing
Also, be sure to add it to your TBR List on Goodreads.

I am organizing a fun tour for this author. Nicole’s tour will run from April 5th through April 30th. The posts will consist of reviews, guest posts, interviews, features, and excerpts. There will also be a tour-wide giveaway. Review copies will be available in eBook formats and some paperback. An HTML post will be provided for bloggers’ convenience. You can sign up for the tour HERE. 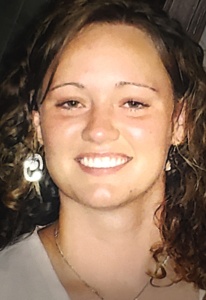 As the third of eight siblings, Nicole has always been surrounded by people. Among her immediate family are spoken seven languages. Her favorite thing is hearing her nieces and nephews speak French, Tongan, or Mandarin. It’s no surprise she graduated with a bachelor’s degree in Languages, as language is one of her greatest passions, topped only by music and Beat Saber.

Nicole minored in Women Studies and continues to take a particular interest in both women’s history and their individual stories. She’s grateful for her ancestors and other women who paved the way for her to pursue her dream of publishing stories and strives to create new avenues for the coming generations to pursue their dreams.

Though she’s lived-in various states in the U.S. and Brazil, Nicole considers Utah “home base” and continuously finds herself returning, even when previous moves were intended to be permanent. She attributes her love of Utah to the beauty of the Wasatch Mountains and the incredible people who make it feel like home, even when she’s been away for long periods of time. Recently, however, after visiting her sister’s family overseas, she’s been dreaming of a quiet beach house in Taiwan.

Please share your thoughts with us on this topic Cancel reply

This site uses Akismet to reduce spam. Learn how your comment data is processed.